Abstract: In the modern world, one of the most important trends in the digital and information industry is the development and implementation of artificial intelligence algorithms to reduce production costs, save resources, improve environmental safety, reduce industrial and man-made disasters, etc. and all economy sectors have begun to develop programs and projects related to the transition of industries to digital technologies, including the complex electric power. Digitalization and artificial intelligence penetrate into most sectors of the economy, including the electric power system which requires the development and widespread use of end-to-end technologies, including the industrial Internet, components of robotics, wireless communications, artificial intelligence, etc. where the degree of power system development is one of the important evaluation indicators. Economic and social needs have gradually expanded the scale of the power grid, and many distributed renewable energy sources are continuously connected to the power grid system, making the power system more and more complex; the data generated during the application of the power system presents typical big data characteristics, and multi-source characteristics. Faced with the new characteristics of power data, the requirements for methods of analysing and processing power data problems have increased.

The application of Artificial Intelligence technologies to renewable energy power systems has been an active area of research, has grown predominantly in recent years and has been applied to various areas of power systems where the rapid development and advancement of artificial intelligence can provide powerful tools in many aspects of the power system, including power system planning and design, coordinated control, simulation, prediction and estimation, diagnosis and identification. This presentation addresses critical issues on the introduction of the artificial intelligence technology in power system automation control where the main objective of this presentation is to provide a contemporary look at the current state of the art on the application of the artificial intelligence in renewable power systems as well as to provide a better understanding of the technologies, potential advantages and research challenges of this approach and provoke interest among the research community to further explore this promising research area.

BIOGRAPHY: Prof. Youcef SOUFI received the B.Eng. (1991) and Doctorate degrees from the University of Annaba, Algeria in Electrical Engineering. Since 2000 he has been with the Department of Electrical Engineering, Laboratory of Electrical Engineering at the University Larbi Tebessi, Tebessa (Algeria) where: He is currently a Professor in electrical engineering. His main and current major research interests include Renewable energy, electrical machines control, power electronics and drives. He has published and co-authored more than 200 technical papers in scientific journals and conference proceedings since 2000. He is the member of editorial board of many journals, and the member of technical program committee / international advisory board / international steering committee of many international conferences. His email address is: y_soufi@yahoo.fr

Abstract: This presentation begins with a state of the art of this green transition, followed by the main levers for the latter as well as its socio-economic impact on our future. A particular interest is given to innovation considered as the first engine for this transition. The second part of this presentation is devoted to green hydrogen with its opportunities and challenges and more particularly the electrolyzer considered as a bottleneck for this vector of the future.

BIOGRAPHY: Prof. Abdelghani HARRAG was born in Setif, Algeria. He received Engineer, Magister and PhD Degrees in Electronics from Ferhat Abbas University (UFAS), Setif, Algeria, in 1995, 1998 and 2011, respectively. In 1998, he was awarded the best Magister thesis prize in Electronics by UFAS. He worked as Project Manager during more than 10 years in France with French and American Societies. He is the creator of the standard Arabic language on all mobile and intelligent systems sold by Alcatel Lucent all over the world including Arab countries from Atlantic ocean to Arabic gulf. He taught at University Pierre Mendes France and Joseph Fourier, Grenoble, France, at Mohamed Boudiaf University, Msila, Algeria and Ferhat Abbas University Setif 1, Algeria where he works currently as Full Professor. His research interests mainly concerned renewable energy, intelligent control, heuristic and evolutionary optimization, embedded systems and signal processing. He is a reviewer for several international journals like IEEE: TII, Access, IAS, TIE, TSTE, JESTIE; Elsevier: EGY, IJHE, EPSR; Springer: JATM, AJSE, IJST; Wiley: IJNM, Wiley: FC, ITEES, ETEP; Francis and Taylor: IJMS, IJSS, EPCS; IOS: JRSE. In addition, he is an active member of several international conferences organization and scientific committees. He is the head of the Mechatronics laboratory as well as the leader of the renewable energy team.

Abstract: Recently, agile antennas using frequency selective surfaces are one of the attractive research topics, which have received much interest from many research and industrial groups worldwide. Using advanced frequency selective surfaces, novel agile antennas with dynamic radiation pattern can be developed and used us an enabling technology to improve the performance of future wireless communication systems at microwave and mm-wave bands. These approaches are based on using advanced artificial periodic electromagnetic structures, including electromagnetic band gap (EBG) structures, frequency selective surfaces (FSS), and meta-surfaces. The objective is to design and implement new compact, low profile, and low-cost antenna systems with high performances in terms of radiation pattern reconfigurability, high gain and efficiency. With these features, they can be used to improve the performances of future wireless communication systems. For instance, they allow saving energy, increasing the coverage area, and reducing interference, which lead to good transmission quality. In this talk, I will first give a brief introduction on the wireless communication systems at mm-wave bands, presenting their potentials and challenges. Second, I will give an overview on frequency selective surfaces and their applications in advanced antenna designs. Third, I will present a few configurations of reconfigurable antennas using various frequency selective surfaces. To show the radiation-pattern configurability of these antennas, some examples of simulated and experimental results will be presented and discussed. Finally, concluding remarks will be given.

From 1994 to 2000, he was a professor with the engineering department, Université du Quebec in Rimouski (UQAR), Rimouski, QC, Canada. Since August 2000, he has been with the Institut National de la Recherche Scientifique (INRS), Université du Quebec, Montreal, QC, Canada. He founded RF laboratory at INRS-EM, Montreal. He has a great experience with antenna design. He served as a principal investigator on many research projects sponsored by NSERC and numerous industries. He has co-authored more than 250 journal papers, 300 conference papers, 1 book and 9 book chapters. He has acquired international recognition for its innovative and pioneering work on metamaterials, electromagnetic periodic structures and their applications, beamforming antenna systems, adaptive arrays, millimeter-wave antennas and dielectric resonator antennas. He has been elevated to the grade of IEEE fellow for his contribution to frequency selective surfaces and their applications to reconfigurable antennas.

Title: The Need for Energy Storage

Abstract: Energy storage is an attractive tool to support grid electrical supply, transmission and distribution systems. There are different methods for storing energy that has been developed so that the grid can meet everyday energy needs. These are: electrical, mechanical, electrochemical, thermal and chemical. Storage technologies are rapidly and continuously evolving. For example, with technical advances and a fall in prices, wind and solar coupled with storage are becoming cost-competitive with fossil fuel power plants. This trend will rise in the future, as renewables and storage both become more affordable in cost. In this lecture we will discuss the background of power conversion & energy storage, energy storage (ES) device, and applications of ES.

BIOGRAPHY: Prof. Saad Mekhilef is an IET Fellow and IEEE senior member. He is the associate editor of IEEE Transaction on Power Electronics and Journal of Power Electronics. He is a Distinguished Professor at the School of Science, Computing and Engineering Technologies, Swinburne University of Technology, Australia, and an Honorary Professor at the Department of Electrical Engineering, University of Malaya. He authored and co-authored more than 400 publications in academic journals and proceedings and five books with more than 31,000 citations. He is actively involved in industrial consultancy for major corporations in power electronics projects. His research interests include power conversion techniques, control of power converters, renewable energy, and energy efficiency. 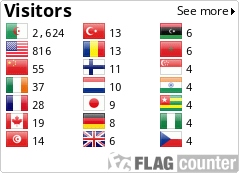